Jen Psaki says CARES Act money could "certainly" be used to pay the salaries of anyone who Ron DeSantis strips funding from in Florida's school system for imposing a mask mandate. https://t.co/7wUsb7WFcF 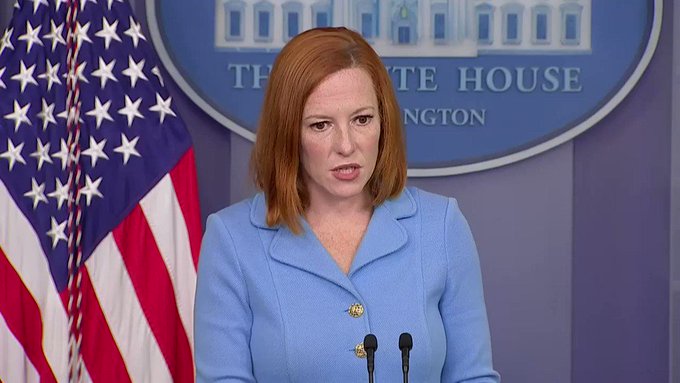 Press Secretary Psaki said at the White House Press Briefing, “In the American Rescue Plan allocation, or in the guidelines for parameters for how that money could be spent, certainly paying for salaries is a part of that, or could be a part of that, could cover those needs for those officials.”

The federal government stepping in and paying the salaries of Florida school district officials who impose mask mandates with money that has already been allocated to Florida as part of COVID relief would be a fatal blow to Gov. DeSantis’s tyranny by COVID.

The Biden administration isn’t going to sit back and allow Republican governors like DeSantis and Abbott to jeopardize the health and lives of children and adults working in public schools.

Ron DeSantis is trying to build a presidential campaign by spreading COVID. President Biden is clearly exploring doing everything in his power to stop the Florida governor from making kids sick.