Republicans are certain to explode with rage as President Biden announced that he will pay for infrastructure by coming after tax deadbeat corporations.

Biden is paying for infrastructure by coming after tax deadbeat corporations, "And it will be paid for by having the largest úcorporations, including 55 of them who did not pay a single set -- penny in federal income tax to pay their fair share. " https://t.co/gz9PF6XbUt 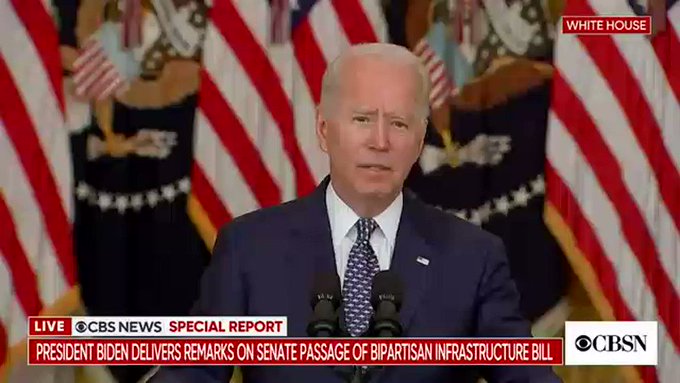 Biden said, “This is a plan to invest in the American people, their future, and their success. And it will be paid for by having the largest úcorporations, including 55 of them who did not pay a single set — penny in federal income tax to pay their fair share. I want you to be millionaires, and corporations do incredibly well, but this is not going to change anything for you. You still have your three homes, you still have whatever you need. Corporations will continue to do well. “

If corporations are going to benefit from  America’s infrastructure, economic system, and labor. they need to pay their fair share. For decades corporate giants have had a free ride. They rake in record profits, while everyone else foots the bill.

Republicans have been lying about Biden paying for infrastructure with a tax on the middle class.

President Biden is delivering on more than bipartisanship, He is committed to fixing a broken economic system that is rigged toward the wealthiest Americans and corporations.

The corporate tax dodgers are going to finally pay their share so that people are across the country can have a little bit of a better life.

Senate Republicans Carry Out Act Of Political Terrorism And ...

Both Louisiana Sens. Cassidy And Kennedy Vote Against Disast...

All Of The Ways That The Gabby Petito/Brian Laundrie Police ...